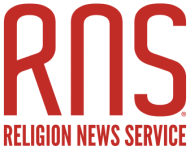 Why this Catholic will not join the March for Life

Some groups that identify as anti-abortion feminists created a small hullabaloo at the post-inaugural Women’s March. They say it was wrong to exclude them just because they disagree with the organizers on a key plank — that a woman has the right to choose an abortion, follow her own conscience and be trusted to decide whether to continue or end a pregnancy.

One could have taken their complaints as a cynical attempt by anti-abortion groups to insert themselves into a successful storyline of over 3 million marching around the country for a set of values and beliefs on the side of women’s rights.

If you believe opposing abortion is not anathema to caring about the welfare of women, then you also may think that perhaps on some ideological level those anti-abortion activists should have joined in the march.

On Friday (Jan. 27), thousands will gather on the National Mall for the 44th National March for Life. Considering I am not against life and, in fact, quite in awe of it, you may think that I, too, would be clamoring to join.

One doesn’t have to look far to see the massive influence and presence of the Roman Catholic leadership at this march, from the U.S. Conference of Catholic Bishops and its ultraconservative allies to all the schoolchildren bused in to swell the ranks.

But this Catholic — and so many Catholics like me — will not join them. We do not believe it is a space that any Catholic who believes in life, freedom, social justice or the welfare of women should occupy.

Despite the efforts to sell the march’s ideology as Catholic, it certainly does not reflect the opinions, views or practices of the Catholic faithful.

The disrespect the bishops and their allies show for the moral agency of women to know and make their own choices is painfully obvious.

Most recently, we have seen it in their support for the reinstated Global Gag Rule, which prohibits health care clinics that receive U.S. funding from offering or discussing abortion care, and their push to make the Hyde Amendment, which bans federal funding for abortion care with limited exceptions, a permanent law.

The Global Gag Rule and the Hyde Amendment are devastating for poor women both abroad and at home.

The Global Gag Rule will particularly impact the Global South, where it is not uncommon for clinics to receive the majority of their funding from the U.S. If the clinics are forced to close down because they are not allowed to even mention abortion care in their health care services, the people they treat are left without any form of health care. Period. This will do nothing to reduce the incidence of unintended pregnancies or the need for abortions. And for women who find themselves with a high-risk pregnancy, the situation is doubly worse. Women will die.

Back at home, the Hyde Amendment currently bans federal funding for abortion except in cases of rape, incest or if the woman’s life is in danger. It does not permit funding even for women whose pregnancy poses a significant health risk, or for fetal abnormalities.

On Tuesday, the anti-abortion extremists in Congress voted to make this policy permanent law in an effort to garner support with the marchers coming to town. If it passes the Senate, HR 7 would permanently ban women from receiving any federal financial assistance for abortion if they are insured through public programs such as Medicaid or if they’re privately insured through plans offered on the Affordable Care Act exchanges.

The extreme agenda of the bishops and their allies neither values nor uplifts the lives of millions of women — and as a result, this march does not represent the lived reality of the majority of American Catholics.

The vast majority of American Catholics support contraceptive services. Today, 99 percent of sexually active Catholic women in the U.S. have at some point in their lives used a form of contraception banned by the bishops, and 79 percent believe that health insurance companies should be required to offer health plans that include birth control, according to a 2016 survey by Catholics for Choice.

Catholic women also seek abortions at the same rate as women of other faiths or those with no particular faith, and a majority of Catholic voters support access to and coverage for abortion care in both private and public health insurance.

Seven in 10 Catholic voters reject the idea that businesses, universities and other institutions should be allowed to deny services or employment based on religious objections, according to the 2016 survey. The same poll shows 60 percent believe Catholic hospitals or health clinics that receive taxpayer dollars should not be allowed to refuse to provide certain medical procedures or medications based on religious beliefs. This data puts the Catholic faithful in clear disagreement with the church’s hierarchy.

But the bishops continue to ignore all the data and push their radical agenda, refusing to accept that their flock is far from a monolith.

Catholic tradition teaches us that church teaching on moral decision-making is complex — and Catholic theology leaves room for the acceptance of policies that favor the full range of reproductive health options. At the heart of Catholic teaching on moral matters is the call for Catholics to obey the certain judgment of our individual conscience — not mindlessly march to the bishops’ drum.

Research shows that Catholics in good faith across the country do not practice or vote strictly in accordance with the bishops’ teachings. Whether in everyday life or in political matters, Catholics follow their conscience.

It would behoove political observers and the Trump administration not to mistake Friday’s march as very Catholic at all.

This piece was originally published by Religion News Service.