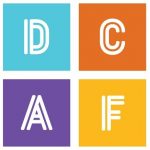 We must continue to fight together for equitable abortion access

I’ve spent a decades-long career protecting access to reproductive health—and I know firsthand that although abortion is a fundamental right, access to abortion care is far from equal. I recall my early days when I was a hotline operator at the National Abortion Federation (NAF) when they deployed only two operators for the whole country. We received many calls from women who were not able to pull together the money to fund their abortions and it was heartbreaking. Very few places existed to help at that time.

DCAF has rewritten the script for many women enabling them to get the care they need and Catholics for Choice supports that work of DCAF because we believe that every woman should be able follow her conscience with regard to very consequential decisions around pregnancy. No one should have to choose between whether or not her family eats or whether she can get an abortion.

At the time, NAF resided in the very same building as Catholics for Choice where I now go to work each morning to safeguard those rights. At Catholics for Choice I am privileged to represent and amplify the voices of prochoice Catholics. We lift up the lived expression of Catholicism as everyday Catholics around the world see it. Catholics for Choice trusts women and men to make their own moral decisions on abortion and motherhood, important moral matters including reproductive health. For me it’s a dream living out two crucial parts of my identity as a feminist and Catholic. I could not be more proud of the work we do to ensure that every woman is able to follow her conscience and make whatever decisions about her pregnancy are right for her.

That is why we launched an Abortion in Good Faith pledge to lift up the voices of others, like me, who believe social justice means ensuring everyone can access the reproductive care they need.

Most recently we saw how Oregon reaffirmed its commitment as a model of progress by defeating measure 106 and maintaining protections so that all Oregonians, including those on Medicaid insurance, can get abortion care. Catholics for Choice joined the No Cuts to Care Campaign to defeat the ballot. We helped organize Catholics and give them the space to talk about why their values of compassion and social justice compelled them to support equitable and comprehensive reproductive care for all.

Together with our partners, we wrote editorials, ran English and Spanish language ads in local papers and radio stations, and spoke up on social media to lift up these voices and stop attacks to strip care from those with the least resources to fight back. We reached out to immigrant Catholics who were going to be disproportionately impacted by these cuts to care.

On Tuesday, November 6, 2018 we won. The Coalition handily defeated Ballot Measure 106. In fact support for equitable abortion access received more total votes than any statewide candidate or initiative on the ballot in Oregon.

Growing up Catholic in NY I always knew I wanted to help people, that I was called to a life of social justice. This latest victory exemplifies the reasons that drove me to this work in the first place, and sustain me now.

We were proud to be a part of that campaign. We are always proud to stand up for the rights and conscience-based decisions of women.

That is why we are proud to stand with and support DCAF and its work. We are both grounded in the critical work of lifting up the conscience based decisions women make about pregnancy. Freedom itself is inextricably linked to the ability to exercise one’s conscience and determine one’s future including one’s reproductive future. That is why we remain as committed as ever and count our blessings in partners like DCAF who help put the justice and choice back into prochoice for the lives they touch.

This piece was originally published at the DC Abortion Fund.