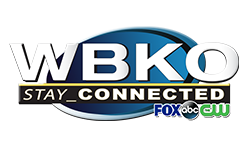 When the Affordable Care Act was signed into law six years ago Wednesday, the Obama Administration prepared for backlash about providing contraception from houses of worship. In the plan, they exempted any church, synagogue, or other house of worship from being required to provide contraceptive care to their employees. The administration also provided a plan for religious groups looking to opt out. In order to do so, the group would be required to write a note claiming they could not provide contraceptive care for religious reasons. The note is to be sent to either the insurer or the government. After the note is received, the administration says, the government takes over the financial burden for providing care.

The Little Sisters of the Poor argue even writing the note to opt out violates their religious freedom. They say this because in doing so they are inadvertently signing over contraceptive care to another provider signaling their support when they do not support the care in the first place.

“They shouldn’t have to do that because its against their moral beliefs,” said 17 year old high school senior Jessica Brinker. Brinker and 75 of her classmates protested Wednesday morning along side hundreds of other pro-life advocates.

But many groups argue it’s not the employer’s religion that matters.

This is the fourth time the court has taken up an objection to the president’s signature legislation. With the death of Justice Antonin Scalia more than a month ago and a confirmation unlikely on the horizon, this case could be left to a 4-4 split. In that event, the court will either honor the lower court’s ruling or wait for a new justice to be confirmed and have the case reargued.