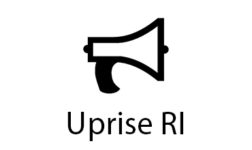 “We are religious leaders from a variety of faith traditions. As such, we walk separate but parallel paths in God’s direction,” said the Reverend Gene Dyszlewski from Lime Rock Baptist Church in Lincoln. “We share a striking commonality in our belief in the inherent worth and dignity of every human being.

“It is a sad fact of history that women have been economically, politically and legally disadvantaged,” continued Dyszlewski. “Roe helped change that. The blessing of the Roe decision was that Roe recognized the moral agency of women. We cannot let that go away. We simply cannot allow women to become invisible again.”

The RHCA would codify Roe v Wade, the United States Supreme Court ruling that recognized the right to abortion, into Rhode Island law and repeal several Rhode Island statutes that have been held unconstitutional by the courts. The legislation to protect access to contraception in Rhode Island is necessary due to the continuous attacks on women’s health and efforts to repeal the Affordable Care Act (ACA).

Camille Brousseau and Sabrina Goncalves, high school students and congregants at Temple Habonim in Barrington, said “We both want the opportunity to make an educated and meaningful decision regarding our futures. We believe that women are capable of making the right decision and that politicians should not be making the decision for us. We fear for not only ourselves, but for our sisters and friends throughout this state and country, who may not have access to these life-changing decisions, especially women who come from marginalized communities.”

“I stand before you as a woman and a mother of two children, said Rabbi Sarah Mack, President of the Board of Rabbis of Greater Rhode Island. “I am grateful for the profound blessing to choose when to have my children with a loving partner. I am grateful for access to medical care that that allows me to stay healthy and safe–care that must be available to all women. All women deserve the agency to make decisions about their own bodies.”

“Clergy and community members from a variety of faiths affirm the sanctity and sacredness of life by endorsing laws and policies that provide access to comprehensive reproductive health care for women and families, and medically accurate, age-appropriate sex education for teens,” said the Reverend Dr David Ames, who has served on the national Planned Parenthood Clergy Advocacy Board.

Sara Hutchinson Ratcliffe, Vice President of Catholics for Choice, Washington DC, was unable to attend. Nicole Jellinek read her words for those in attendance:

“Equality, fairness, compassion, social justice—these are Catholic values. We all must fight to protect these principles and the right of each individual to follow their conscience in making critical healthcare decisions. The majority of the more than 620,000 Catholics across the state of Rhode Island believe is important for us to speak out for reproductive health access for everyone, not in spite of our Catholic faith, but because of it.”

The RIRCRF is an inter-faith organization working to challenge systems of oppression and remove the multiple barriers that impede individuals—particularly those in marginalized communities—from accessing comprehensive and respectful reproductive health care.

This article was originally published by Uprise RI.