The Long, Cruel History of the Anti-Abortion Crusade 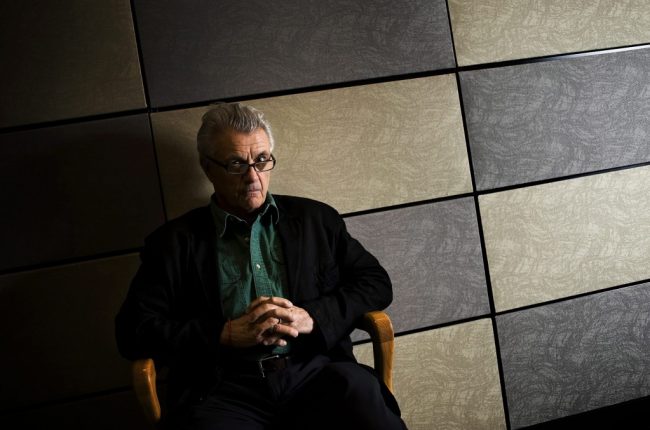 Amid the anti-abortion measures being pushed through state legislatures, consider the mazy history of abortion in the United States. Women, capable of determining and managing their reproductive rights, have been undermined by men in power before.

Beginning in the 1840s, and continuing over decades, abortion was outlawed state by state, becoming illegal everywhere in the United States by 1900—until 1973, when the Roe v. Wade Supreme Court decision held that a woman had a constitutional right to an abortion. For more than two centuries, after the Pilgrims landed at Plymouth Rock, abortion was largely permitted. Why was it prohibited for almost a century?

In the 1830s, women having babies at lying-in hospitals ran a far greater risk of dying from puerperal sepsis than women having babies at home. With the help of midwives, women had been having babies and abortions at home—since colonial times. Had midwives been as busy performing abortions as delivering babies? Beginning in the 1840s, doctors sought to gain control of the reproduction business. Doctors were establishing their new profession; midwives and homeopaths were their competition. But why did doctors lobby for abortion to be illegal? What was their logic? Did doctors underestimate how great the need for abortion was? We know what the doctors wanted, and they achieved it; they became the arbiters of women’s reproductive health care. We don’t know the doctors’ reasons for making abortion illegal. In the 1840s, the fetus wasn’t yet sacred. Fetal life was still defined by “quickening”—when the woman felt the fetus move, not before the fourth or fifth month. From the 1840s to 1900, we know the results of what the doctors did—not their thoughts.

Pro-life proponents have no qualms about forcing women to go through childbirth—they give women no choice.

One job of a society with a social conscience is to rescue its citizens who are trapped, who are painted into a corner. I see my job as a fiction writer with a social conscience as the opposite. As a storyteller, I look for worst-case scenarios; my job is to trap my characters. I began “The Cider House Rules,” my sixth novel, in the early 1980s. I purposely wrote a historical novel, beginning in the 1920s, when abortion was illegal, unsafe and (for the most part) unavailable. Maine was one of the first states to make abortion illegal; I put the orphanage I called St. Cloud’s in Maine. I purposely painted my protagonist, Homer Wells, into a corner. Homer is an orphan; his several adoptions don’t work out. Homer keeps coming back to the orphanage—St. Cloud’s is his only home. Dr. Larch, the orphanage physician (and abortionist), teaches Homer to be a doctor. In Dr. Larch’s opinion, Homer has near-perfect obstetrical and gynecological procedure. But Homer doesn’t want to perform abortions. He’s an orphan; his mother let him live.

Homer has no argument with Dr. Larch’s decision to give women what they want, but Homer has a personal reason (and a good one) not to perform abortions. Here’s the corner Homer is painted into: How can Homer not feel obligated to help women, when women can’t get help from anyone else? If women have no choice, how can doctors have a choice? Homer will leave St. Cloud’s; he refuses to perform abortions. What he will encounter, in the world outside the orphanage, is a woman who can’t get help from anyone else. The death of Dr. Larch will bring Homer back to the orphanage—this time, to be the physician (and the abortionist) at St. Cloud’s. In a no-choice world, Homer is trapped.

It took 14 years to make the film of “The Cider House Rules.” I won an Oscar for best adapted screenplay. Over time, it’s more meaningful to me that the movie also won a Maggie Award—named after Planned Parenthood’s founder, Margaret Sanger, in recognition of “exceptional achievement in support of reproductive rights.”

I respect your personal reasons not to have an abortion—no one is forcing you to have one. I respect your choice. I’m pro-choice—often called pro-abortion by the anti-abortion crusaders, although no one is pro-abortion. What’s unequal about the argument is the choice; the difference between pro-life and pro-choice is the choice. Pro-life proponents have no qualms about forcing women to go through childbirth—they give women no choice.

Before the Roe v. Wade Supreme Court decision in 1973, the opposition to abortion wasn’t widely referred to as right to life. Pope Pius XII used the “right to life” term in a 1951 papal encyclical—an “Address to Midwives on the Nature of Their Profession.” “Every human being, even the child in the womb, has the right to life directly from God and not from his parents, not from any society or human authority,” the pope told the midwives. Poor midwives—first doctors stop them from helping women, then the pope. I must remind the Roman Catholic Church of the First Amendment to the United States Constitution: “Congress shall make no law respecting an establishment of religion, or prohibiting the free exercise thereof.” In other words, we are free to practice the religion of our choice, and we are protected from having someone else’s religion practiced on us. Freedom of religion in the United States also means freedom from religion.

The sacralizing of the fetus is a ploy. How can “life” be sacred (and begin at six weeks, or at conception), if a child’s life isn’t sacred after it’s born? Clearly, a woman’s life is never sacred…

The “pro-life” term was adopted by anti-abortion crusaders after the Roe v. Wade decision. The anti-abortion cause didn’t promote itself as “pro-life” until the more punitive-sounding “anti-abortion” label failed. In 1976, with the passing of the Hyde Amendment, prohibiting the use of federal funds for most abortions, opposition to abortion gained support among Republicans. The Christian right was on the rise; their socially conservative policies are inseparable from today’s Republican Party. In 1980, aided by the Baptist minister Jerry Falwell’s Moral Majority, the pro-life zealots took control of the Republican Party’s platform committee. Four anti-abortion presidents followed—Ronald Reagan, George H. W. and George W. Bush, and Donald Trump. Isn’t it as clear now as it was in the Reagan years? Aren’t the same people who sacralize the fetus generally opposed to any meaningful welfare for unwanted children and unmarried mothers?

The prevailing impetus to oppose abortion is to punish the woman who doesn’t want the child. The sacralizing of the fetus is a ploy. How can “life” be sacred (and begin at six weeks, or at conception), if a child’s life isn’t sacred after it’s born? Clearly, a woman’s life is never sacred; as clearly, a woman has no reproductive rights. The Roman Catholic Church, and many evangelical and fundamentalist churches, willfully subject women to mandatory childbirth and motherhood—procreation is deemed a woman’s primary purpose and function. I’m not overstating. In his 1951 “Address to Midwives,” Pope Pius XII states that “the procreation and upbringing of a new life” is the primary end of marriage.

When “The Cider House Rules” was published, some of my younger friends and fellow feminists thought it was quaint that I’d written a historical novel about abortion. They meant: now that abortion rights were secure, now that Roe v. Wade was the law of the land. At the time, I tried to say this nicely: “If you think Roe v. Wade is safe, you’re one of the reasons it isn’t.” Not surprisingly, my older women friends—women who were old enough to have had sex before 1973—knew better than to imagine that Roe v. Wade would ever be safe. Men and women have to keep making the case for women’s reproductive rights; women have been making the case for years, but more men need to speak up.

Of an unmarried woman or girl who got pregnant, people of my grandparents’ generation used to say: “She is paying the piper.” Meaning, she deserves what she gets—namely, to give birth to a child. That cruelty is the abiding impetus behind the dishonestly named right-to-life movement. Pro-life always was (and remains) a marketing term. Whatever the anti-abortion crusaders call themselves, they don’t care what happens to an unwanted child—not after the child is born—and they’ve never cared about the mother.

John Irving is writing his 15th novel, and is adapting his fourth novel, “The World According to Garp,” for television.