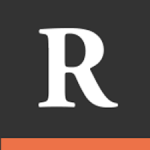 The U.S. Department of State’s six-month review of the anti-choice “global gag rule” elevates political ideology over evidence-based public health, according to advocates working in the arena.

Under the global gag rule, also known as the “Mexico City Policy,” foreign nongovernmental organizations (NGOs) that receive money from the United States can’t provide or even discuss abortion care. Past Republican administrations applied the rule to about $575 million in U.S. family planning aid, according to Human Rights Watch figures. President Donald Trump, however, expanded the policy to all U.S. foreign aid, to the tune of $8.8 billion. Trump’s version even extends to George W. Bush’s previously excluded President’s Emergency Plan for AIDS Relief (PEPFAR), to the consternation of at least one former Bush-era official who surmised that the overall expansion was a backlash to the Women’s March.

Five Trump administration officials presented the six-month review of the policy, called “Protecting Life in Global Health Assistance,” on Wednesday afternoon to Foreign Affairs Committee staffers in the U.S. House of Representatives, according to a congressional aide in attendance at the closed-door bipartisan briefing. Staffers were not given copies of the review, and the aide did not see it until the State Department posted it online that evening.

The administration officials claimed to have not seen or received reports of disruptions in services—”a little surprising,” the aide told Rewire, given that such reports exist. The Associated Press recently documented the escalating fallout in African countries, including Zimbabwe, where NGO Marie Stopes International halved its outreach sites that had formerly reached 150,000 women per year. Planned Parenthood Global, the international arm of Planned Parenthood Federation of America, released figures the day after the review similarly demonstrating what it deemed the “far reaching” consequences of the anti-choice policy.

“In Botswana, the only health NGO working across the country will have to close clinics in three of the eight districts it serves. More than 30 percent of the population of Botswana is HIV-positive,” said a Planned Parenthood Global press release. “In Lesotho, about 10,000 young people in one district will go without HIV, family planning and sex education services. Almost a quarter of people in Lesotho have tested HIV positive, giving the country the third-highest prevalence rate in the world.”

The administration’s review stressed that only four prime partners out of 733 awards up for renewal declined to accept the terms of the expanded global gag rule. But that rundown ignores key context, according to the Planned Parenthood press release. Two of the four prime partners are International Planned Parenthood Federation, “which delivers more than 300 services every minute of every day,” and Marie Stopes, which provides “contraceptive services to millions of women, girls and communities across Africa and Asia,” per the release.

The rest of the nearly 1,300 awardees have yet to face the impending decision, according to a background call with reporters.

In omitting and misrepresenting the consequences of the policy, the Trump officials at Wednesday’s briefing projected a false sense of confidence. Even the Trump administration’s review acknowledged that “with less than six months of policy implementation, it is too early to assess the full range of benefits and challenges” that the policy will have on global health assistance, and promised to deliver another look by December 15.

“Health outcomes aren’t going to be evident at this moment. It’s just too early,” the congressional aide said. “It’s impossible to say, ‘Oh, this isn’t impacting maternal mortality or rates of unintended pregnancies or people’s access to a range of contraceptive options.’”

“I had the impression that they were trying to say, ‘We are taking this seriously, but we’re not seeing evidence of problems.’ I think that’s the impression we were meant to leave with.”

The officials ignored key evidence, such as a 2011 World Health Organization report that found a “strong” association between the pre-Trump global gag rule and increased abortion rates in sub-Saharan African countries. Nor did they take into account how severing existing relationships and funding new partners “could impact folks on the ground.”

“To me, that says they’re less worried about folks’ quality of life and health and more worried about making sure these programs are implemented in a way that fits a certain ideology,” the aide said.

“Even if you find a new partner to fill in the gaps, someone might have lost a provider that they trust, and a provider that has been working on this for a while. And so, it’s a very narrow lens of saying we’re not seeing disruption.”

“This rule diminishes America’s moral leadership. It decimates local partners. And it rewards faith-based special interests at the expense of compassionate and comprehensive care for the most vulnerable people worldwide,” O’Brien said in a statement.

Trump’s version of the global gag rule could result in at least 6.5 million unintended pregnancies, 21 million unsafe abortions, and 21,700 maternal deaths, according to a recently updated fact sheet from the Center for Health and Gender Equity (CHANGE).

“The absurdity of the report is cruel considering we’re experimenting with the health and lives of millions,” Serra Sippel, the group’s president, told Rewire.

“We are beginning to see the policy’s harmful effects, and based on our experience with the previous version of the Mexico City Policy, which applied to far fewer funds and programs, we anticipate seeing significant impacts over the coming months and years,” they wrote. “We urge you to consider the impact of the policy on the health, wellbeing, and rights of women and girls worldwide as you conduct your review.”

The six-month review didn’t mention reproductive health experts’ assessments, only that several “stakeholder groups,” including the United States Conference of Catholic Bishops, the U.S. political arm of the Vatican, voiced support for the policy.

State Department Ambassador-at-Large Deborah Birx and USAID Chief of Staff Bill Steiger did most of the talking, according to the congressional aide who spoke with Rewire. Birx is an Obama-era holdover who oversees PEPFAR. Steiger, a George W. Bush-era HHS official, reportedly suppressed science-based findings that countered the former Republican president’s policies.

Maggie Wynne, a top HHS official whom The New Yorker described as “the point person for any policy issue before it reaches the head of the entire department” in her role as counselor for human services policy, was also in the room.

Wynne began her career as a House Pro-Life Caucus staffer. Under George W. Bush, she moved over to HHS, but unlike most other political appointees, she “burrowed” into the agency for most of the Obama years, according to an in-depth report by The Intercept that called her a “foot-soldier in the anti-abortion movement.” She joined the Trump transition team, and her allegiance paid off in the form of more power at HHS than she had held under Bush or Obama. Both The Intercept and The New Yorker reported that Wynne is aligned with Scott Lloyd, another HHS official who weaponized his religious beliefs to deny abortion care to undocumented immigrant teenagers, including a teen who had become pregnant by rape.

Another Trump administration official, USAID Deputy Assistant Administrator Alma Crumm Golden, attended the briefing but didn’t participate in the panel, per the congressional aide. From 2002 to 2006, Golden ran the Office of Population Affairs, the HHS division responsible for family planning funding for people with low incomes. In 2005, she was forced to revise a government website promoting teen abstinence while characterizing sexual orientation as an “alternative lifestyle.” Her update—”lesbian, gay, bisexual and transgender lifestyle”—still characterized sexual orientation and gender identity as a “lifestyle.”

Congressional Democrats in January introduced the Global Health, Empowerment, and Rights (HER) Act to permanently repeal the global gag rule, but the bill hasn’t advanced in the GOP-held U.S. Congress.

“I’m not surprised the Administration is trying to hide the ball when it comes to their medieval approach to health policy—which they have the nerve to call ‘protecting life in global health assistance.’ But I won’t stand for it,” Rep. Eliot Engel (NY), the top Democrat on the House Foreign Affairs Committee, said in a statement on the review’s release.

“Until this policy is permanently repealed with the passage of the Global HER Act, I’m going to demand transparency about the global gag rule. The harm this Administration is causing with this policy must be brought into the light.”