In Conversation with Kara Mailman 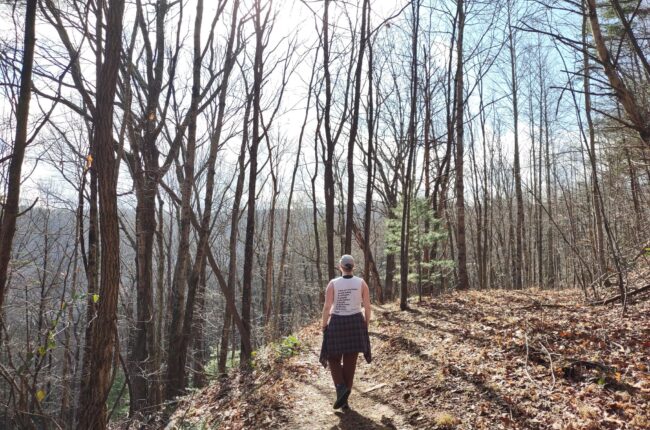 Conscience: How are you feeling about telling your story today?

Kara: Oh, I love getting to tell my abortion story.

Where do you want to begin?

I grew up in rural Georgia, going to a private Christian school, and I was heavily Catholic. I had no sex education to speak of. The only useful sex education advice I got during my middle and high school years was from the one girl in my grade who had gone to a public school before and told me about condoms. She probably saved me from getting pregnant way earlier. I went from going to the March for Life every year and leading a youth group in the Catholic church to the largest public university in the state of Georgia. All I had was some information about condoms.

By the time I reached my senior year of college, I decided that I wasn’t going to date anyone seriously. I was seeing a couple of different people, and one of them was this guy named Travis. He was someone you would probably describe as a “nice guy.” I thought he understood my boundaries. I made it very clear that I didn’t want a relationship with him. But he kind of kept pushing. He started just showing up to my apartment unannounced and following me to my classes. So I sat him down. I was like, “Listen. These are all of the things I need you to do in order for me to be OK continuing to see you.” For a little while it seemed like he had listened. And then we started seeing past behaviors come back. Instead of just following me to class, he would come into my classrooms and kiss me in front of my professors. So I called things off.

I was a little late for my period, which at the time was not really unusual for me, so I wasn’t super worried about it. Until I had one of the other people I was seeing over to my apartment. We were getting ready to have sex. I went to go use the restroom. When I came back out there was a pile of condom wrappers next to him, and he looks at me and he’s like, “Hey Kara, there are holes in all of these.”

Jesus. What did you do?

Seemingly, what happened is that Good Guy Travis didn’t like my boundary discussion and decided that his next course of action was going to be to try to trap me into a relationship I didn’t want by getting me pregnant. On half of that goal, he succeeded because I was pregnant. Now because I grew up in a super anti-abortion household and culture, I was too ashamed to ask anyone for help. But I knew right away that what I wanted was an abortion. There was not a second where I thought I wanted to keep this child. I was trying to go to grad school. I had never wanted to have kids anyway, and I also was just not interested in giving Travis the satisfaction of continuing this pregnancy.

So my first move as someone who knew literally nothing about abortion was just to Google, “Where can I get an abortion?” Despite the fact that this is the largest university in the state of Georgia, the nearest abortion clinic was over an hour and a half away. I didn’t have a car. I didn’t feel like I could ask anyone for help. I knew my parents wouldn’t understand. My roommate was anti-abortion, and I was too scared to ask any of my other friends. But I was still very determined, and so I Googled “how to induce a miscarriage at home.” There were a ton of results, some more sound than others, and I tried all of them. I was so scared they weren’t going to work.

If you need information about self-managing an abortion, you can call or text the Miscarriage + Abortion Hotline at 1-833-246-2632. If you want to know how to find abortion pills in your state, Plan C can help you at plancpills.org.

Looking back, I’m very proud of past me for going against what I thought was the be-all and end-all of Catholic teachings — that abortion is evil — and deciding to have one anyway. I wish I had known about abortion pills because I think that would have made the experience a lot less uncertain. Now knowing what I know about both herbal abortions and medication abortions, I think if I had to have an abortion again, I would absolutely continue to self-manage because of the comfort of being at home. Being able to be with the people I love and in an environment that’s safe to me is really important.

Now that I’m more involved with the movement and have gotten to know a bunch of people at Catholics for Choice it’s been interesting to look at my abortion in a more friendly Catholic perspective. St. Brigid, who is my patron saint, was also known to perform abortions. St. Brigid knew I was in trouble and helped me figure out a way to do what I needed to do. 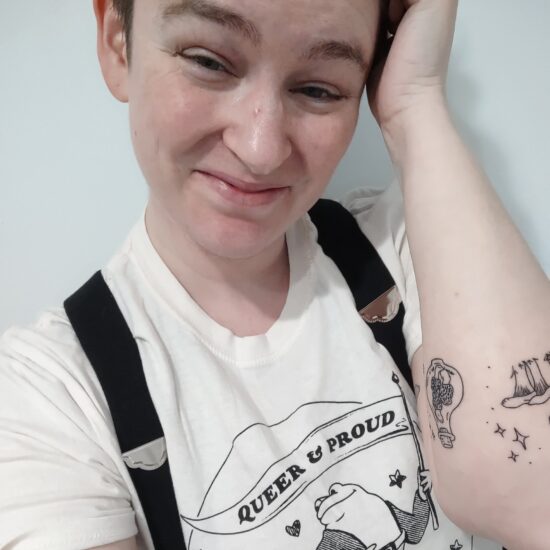 “St. Brigid, who is my patron saint, was also known to perform abortions. St. Brigid knew I was in trouble and helped me figure out a way to do what I needed to do.”

Say more about the moment between “I’m pregnant” and “I’m going to have an abortion.” What was that like?

My Catholic teaching was very, very, very anti-abortion to an extreme degree. But when I found out I was pregnant, I ignored all of that and immediately knew I wanted an abortion. Between finding out I was pregnant and deciding I wanted an abortion, there were maybe seconds. Even though I had been taught that abortion was evil, I don’t think it really felt so much like God would be mad at me if I had an abortion so much as my specific church would be mad at me if they found out I had an abortion.

Why does self-managed abortion matter?

Self-managed abortion is going to be one of the more accessible kinds of abortion for people living in heavily anti-abortion areas. Making sure that there is accurate and reliable information about both abortion pills and traditional herbal methods of abortion is so important because if there’s one thing that we should have learned from the pre-Roe era, it’s that if they try to keep it from us, we will find ways to do it ourselves. And so making sure that people who are in positions like I was — who don’t know much about abortion and need help, but are either scared to seek it because of stigma or scared to seek it because they think they could be in physical danger if they tell someone they’re trying to access an abortion — it’s just so important to make sure that they are able to access the knowledge that they need to take control of their own reproductive health and their own reproductive autonomy.

In [the reproductive health and rights movement], there is a lot of stigma against herbal management of abortions, which feels gross for a lot of reasons, but one of them is that these are largely the traditional abortion methods of marginalized groups. Indigenous people have long practiced herbal self-management methods. These are methods that are so culturally important to some people, and that in some places are just going to be more accessible. Am I going to say it feels a little racist to discriminate against an abortion method primarily used by marginalized communities? Yeah, I might.

I think it’s important for people to have all the information they or their loved ones need to promote their own reproductive autonomy without having to endanger themselves or place themselves at risk of criminalization. Though, again, especially with self-managed abortion, there is still a risk of criminalization, especially if you are Black, Indigenous, queer, trans. If you are a marginalized person self-managing an abortion, you are more likely to face criminalization for that than your average cisgender white woman. 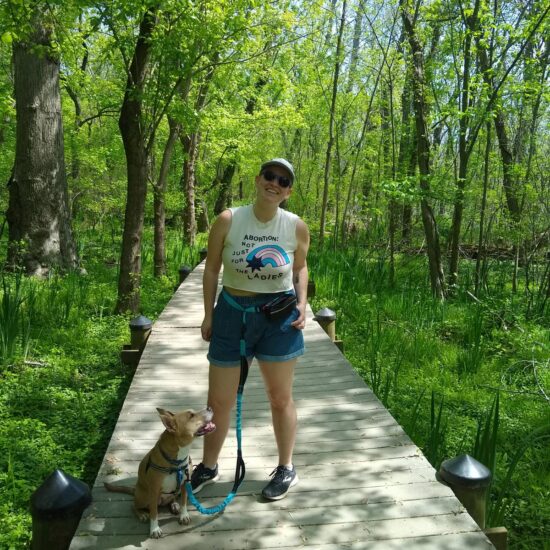 “If there’s one thing that we should have learned from the pre-Roe era, it’s that if they try to keep it from us, we will find ways to do it ourselves.”

What do you want to say to our Catholic readers?

Consider, if you or another Catholic loved one self-manages an abortion, trying to incorporate aspects of Catholicism into your abortion care. Listen to some hymns. Livestream a Mass. Use your faith as a source of comfort during your abortion.

Anything else that the Spirit is moving you to share?

Like I said, my confirmation saint is St. Brigid, and I was confirmed by the now D.C. Archbishop Cardinal Wilton Gregory. Seeing his recent comments on abortion was very disappointing to me because he for a while has been one of the less problematic members of the clergy. Especially with some of his comments in support of LGBTQ people, I had been feeling kind of proud to have been from his archdiocese. I just I hope and I pray that Cardinal Gregory has a change of heart. I hope that he listens to members of his congregation who have spoken in support of abortion. I hope he softens his stance because all he is doing by stigmatizing abortion is pushing Catholics away. These violent messages against abortion are not going to bring unity to the Catholic church. There may be members of his congregation who are suffering because they feel like they have done something morally reprehensible, and they may not feel like they can talk to him about it. They may not feel like they’re welcome in his church, and that’s unacceptable.

(they/he) serves as the chief research analyst for Reproaction. Motivated by their own struggles accessing abortion care, Kara has dedicated themselves to advocating for abortion access in underserved communities, with a special place in their heart for the South.