Letter to the Editor: Fulton v. City of Philadelphia and the License to Discriminate 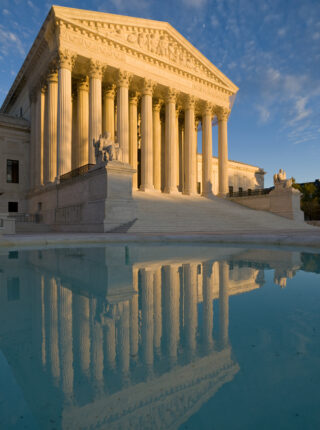 As “Fulton v. Families: Escalating the Right to Discriminate” (May 6, 2021) anticipated, in June the U.S. Supreme Court ruled on a case involving the city of Philadelphia and a contract with Catholic Social Services, a taxpayer-funded foster care agency that refused to certify same-sex couples as foster parents. While the court did not grant a broad license to discriminate, the decision was far from favorable for LGBTQIA+ people and the people of Philadelphia. Narrowly ruling in favor of CSS based on specific language in its contract with the city, the court prioritized the religious views of a private agency over the best interests of the children in Philadelphia’s foster care system.

Our high court has ruled that a local government must pay a private entity to discriminate against LGBTQIA+ people in the name of religion. I am left pondering this important question: What does this case mean for our country? By reaching a decision on such narrow grounds, the court has sidestepped this question, but the court’s implicit response cannot be constitutional.

As LGBTQIA+ people, members of religious minorities, and many others continue to experience harm inflicted in the name of religion, we must remember that faith and LGBTQIA+ equality are not mutually exclusive. Research shows nearly half LGBTQIA+ adults in the U.S. — more than 5 million people — are religious. Most faith leaders and people of faith across the country support nondiscrimination laws that protect LGBTQIA+ people. As we continue fighting for LGBTQIA+ liberation, we must strive for a country that refuses to weaponize religion as an excuse to harm real people.