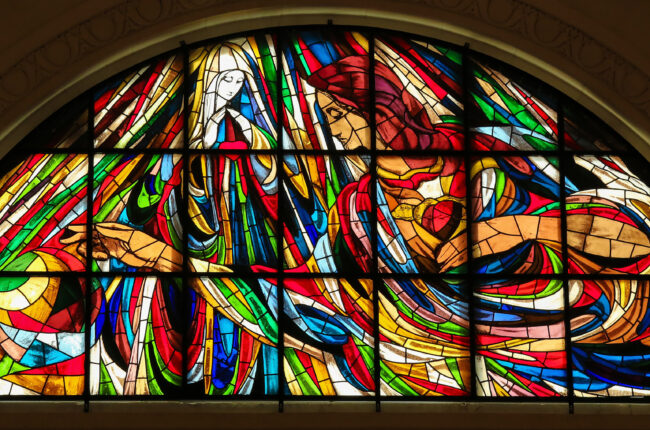 “The Blessed Virgin Mary. I want you to include prayers to her in the blessing ceremony for my baby,” a young Latina told me as I sat at her bedside.

“Of course,” I said. “I know that the Blessed Virgin Mary is watching over you and your baby right this moment. I will prepare the liturgy now.” I stood and began to leave the room. Still wearing her hospital gown, the woman held her deceased baby and cried.

My blessing began with an invocation to the Blessed Virgin Mary, asking her to protect this baby in heaven on behalf of her biological mother. It continued with a reading from Matthew 19, where Jesus beckoned the little children to come to him, then invited family members to offer their own blessings and words of love for their baby. Commencing what I saw as a deeply Catholic liturgy, I dipped my finger in holy oil and crossed the soft forehead of the 22-week gestation baby, slowly saying, “I bless you in the name of the Father, and of the Son, and of the Holy Spirit.” In that instant a realization came over me — I was doing what many Catholic leaders cannot even begin to fathom.

I was blessing an aborted baby.

It was my first week training as a hospital chaplain in the labor and delivery unit. One of my main roles was providing emotional and spiritual support to those experiencing complex pregnancies and infant loss in the second and third trimester.

Throughout my summer training, I witnessed what national studies have confirmed countless times: that people of all religious backgrounds, including Catholics, choose abortion. For some, this choice is motivated by religious beliefs of love and the desire to reduce pain for loved ones — not a choice contradicting their religious beliefs. Rooted in love, the religious beliefs of these individuals prompt them to choose an abortion, call their aborted fetus “baby,” and even to request a baptism or blessing for their baby.

The image from that day remains in my head: a Catholic woman of color chaplain blessing the aborted fetus of another Catholic woman of color. What would be a scandalous and contradictory moment to some in the church is, for me, a moment of holy complexity and holy grief. God was as present in that blessing liturgy as she has been in the blessings and baptisms for other fetal or infant losses in the hospital that day. In the labor and delivery wing, lines between abortion and miscarriage blur: Most, if not all, abortions after 21 weeks are due to medical need and require similar medical attention as a post 21-week miscarriage. As such, both are referred to with the blanket term “infant loss” to reduce the sense of blame or responsibility on the birth parent. Blessings and other ceremonies of grief are offered to all who experience infant loss on this hospital wing.

Yet as I held, blessed, and baptized each of the deceased infants, the age-old lament of “Why would a good and loving God let babies die?” shifted away. I found myself instead asking, praying, “Why are Black and Brown babies dying?” Indeed, all the infant loss on labor and delivery that summer were of Black or Latinx parents.

The racial composition of the labor and delivery wing is perhaps a result of this hospital receiving referrals for some of the city’s most complex and high-risk pregnancy cases. The higher risk of Black women’s pregnancy complications and maternal co-morbidity is unique to neither this hospital nor city — studies have shown structural racism and medical neglect leave Black women 3 to 4 times more likely to die from pregnancy complications than white women and 43% more likely to experience miscarriages and other infant loss than white women. 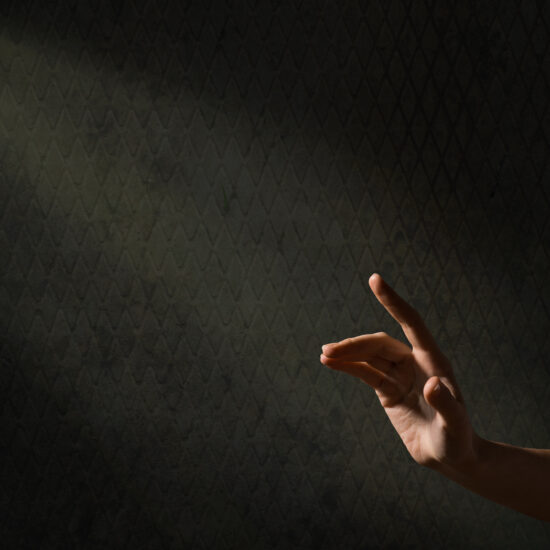 My hospital’s labor and delivery wing tends to some of these high-risk pregnancies, high-risk miscarriages, and abortions late in pregnancy. As a result, the hospital has very few cases of what scholar Katie Watson dubs “ordinary abortions” — abortions occurring before 21 weeks, a category comprising 98.7% of all abortions in the United States. It’s also important to note that abortions during the first 12 weeks of pregnancy make up about 91% of  abortions in the U.S. and usually do not require inpatient hospital admission. By contrast, my experience is limited to the 1.3% of extraordinary (often known as “late-term”) abortions and miscarriages or other pregnancy complications. These 1.3% of cases are some of the most debated, politicized, and regulated medical procedures in the country. Despite this high profile, however, the political and theological debates around them largely focus on the ethics of termination later in pregnancy, ignoring broader issues of race, class, and the need for reproductive justice for the marginalized, which includes, but is not limited to, reproductive choice and abortion access.

Every October, the nation commemorates National Pregnancy and Infant Loss Awareness Month, first proclaimed by President Ronald Reagan. The posters and websites for this annual commemoration often feature pictures of small white babies, swaddled in pink or blue baby blankets. Other images zoom in on a baby’s small white feet, cupped by what we assume are the mother’s hands. These same images often fill the websites and posters of anti-abortion campaigns. When I first walked into the hospital as a chaplain, I also imagined similar images. In fact, when one hears the word “baby,” most people automatically picture light skin and blue eyes. But the disproportionate magnitude of losses experienced by Black and Brown pregnant people — both in my wing and across the country — reveals a reality of infant loss that must not be whitewashed.

Often sponsored by anti-abortion groups, this monthlong, whitewashed marketing campaign erases the fact that racial disparity in healthcare lies behind many fetal demise cases. Infant loss is not a racially neutral reality. In other words, a whitewashed image board of infant loss produces a society-wide whitewashed imagination. This mindset paints fetal and infant loss as merely a tragic, natural phenomenon leading to the loss of the most innocent among us. Such a narrative allows the grief of fetal and infant loss to be deployed in justifying anti-abortion arguments and further reduces access to comprehensive reproductive healthcare.

For many parents of color on my unit, second and third trimester abortion is as little a choice as miscarriage and other pregnancy complications. Here, the intersectional framework of reproductive justice (a term developed by Black women activists and theorized by scholars Loretta Ross and Rickie Solinger) adds much to the traditional language of reproductive choice. A reproductive justice framework suggests that the legal guarantee of certain reproductive rights (such as through landmark court cases like Roe v. Wade) is not enough, especially for women of color and other marginalized women. Social, geographical, racial, and economic barriers prevent many from accessing reproductive and other bodily rights legally granted to them. This applies to patients who wish to terminate a pregnancy but cannot afford to do so due to the financial cost or the sparse geographical location of clinics. Most of my patients wish to continue their pregnancies and legally possess the right to have children. Yet historical and contemporary healthcare disparities for women of color repeatedly prevent them from receiving needed obstetrical care and continuing their wanted pregnancies.

While the choice to terminate one’s pregnancy must be offered, action is necessary to ensure comprehensive reproductive justice for pregnant people of color. This includes advocating for better maternal-fetal healthcare access in communities of color, better access to healthcare resources, comprehensive education, increased access for contraception, and pre-21-week pregnancy termination options. Doctors must believe and listen to the experiences of women of color, especially their accounts of pain. Furthermore, better health insurance should be in place to ensure families experiencing fetal loss or pregnancy termination are not further burdened with medical debt.

Reproductive Justice in the Church

For too long, Catholic churches have been asking the wrong question. On the topic of fetal and infant loss, Catholic churches have commonly centered theodicy, asking, “Why does God allow innocent infants to die?” This framework implicates God as the only agent at work in cases of fetal loss. On the topic of abortions, Catholic authorities have exhibited a similar monomaniacal focus, turning solely toward those choosing abortions. Blamed for not only receiving abortions, people also are condemned for undermining the grief of those experiencing fetal loss.

These misguided questions centering the blaming of an individual (be it God or a pregnant person) have silenced the many complex spiritual questions and needs that arise in reproductive health. The emotions individuals experience in these spaces — whether grief, anger, or indifference — are met with ethical debates, the language of sin, and notions of individual guilt and blame. The church’s upholding of this individual focused, blame-centric framework ignores that various material and structural conditions, shaped by centuries of inequalities of race and class, transcend the agency of any particular individual. The church must instead raise new questions to interrogate unjust systems standing in the way of comprehensive reproductive justice. Only in so doing will the church live up to its mission of standing in solidarity with the poor and marginalized.

"The hierarchy has magnified its own notions and imageries of infant loss — small white babies and small white feet — while failing to perceive the racialized nature of infant loss rooted in medical racism and healthcare inequality."

When the church asks questions that cease to condemn the bodily choices of individuals, only then can those in its leadership begin to hear and meet the diverse spiritual needs of many reproductive health patients. Some patients may want a preoperative prayer or anointing before gynecological procedures. Others may seek nonjudgmental spiritual discussion in making medical decisions according to their own ethical framework, or verbal assurance from a spiritual figure that the choice they are making is valid. Still others, like my Latina Catholic patient, may request deeply Catholic liturgies and rituals for their fetal remains. Patients might need a shame-free space to process and share traumatic medical experiences. In certain instances — like the Black woman in my unit who had experienced five miscarriages — they may need a space for their anger-filled grief to be heard by both God and their faith community.

While demands for reproductive justice-centered spiritual care have long been voiced, they have not been heard. This failure is a direct result of a church leadership that for too long has listened only to its own voice. The hierarchy has magnified its own notions and imageries of infant loss — small white babies and small white feet — while failing to perceive the racialized nature of infant loss rooted in medical racism and healthcare inequality.

What would it mean for the hierarchy to offer liturgies no matter what choice people have made for their pregnancies, to use their power to amplify people’s demands for reproductive justice — in short, what would it mean for the church to begin listening to these voices? My own Catholic faith demands listening deeply to the “still small voice,” as well as the loud wailing voices, coming from my patients during their most vulnerable moments. Seeking God to be made present in their lives through justice and the fullness of choice, those are voices of faith to which I am morally and spiritually obligated to listen. The church too must listen.

FLORA X. TANG is a doctoral student in theology and peace studies at the University of Notre Dame, where she studies post-traumatic sacramental theology and queer theology.