More to Appreciate in Roe Decision

Roe v. Wade is arguably the most well-known US Supreme Court decision in modern America. Ask anyone on an American street if they’ve heard of it, and almost all will say, “Yes.” Only slightly fewer will correctly identify it as having to do with abortion, and fewer still, though still a fairly high number, will say it stands for a woman’s right to choose an abortion. But which is it?

The United States Constitution, in 1973, contained no right of “choice.” Choice had been a talking point, a word that won votes and popular support, not a principle of jurisprudence upon which could be founded a list of protections or guarantees. Privacy, however, was another matter entirely. Though not as prominent in the US Constitution as well-known rights like freedom of speech, due process, the right to bear arms or the right to a fair trial, the right to privacy was well enough embedded in previous court decisions to provide a framework for the United States Supreme Court, under the authorship of Justice HarryBlackmun, to craft one of the most significant constitutionally guaranteed freedoms in modern memory. Accordingly, Mary Ziegler, in her book, Beyond Abortion, casts an important light on what Roe really means, not just as a talking point among the reproductive rights set, but also as a watershed opinion in Supreme Court jurisprudence for guaranteeing the individual right to privacy.

Ziegler recognizes that “almost as soon as the Supreme Court issued its decision, feminists identi- fied the decision with a right to choose and a right to control one’s body.” This principle was, of course, much more easily digestible for the American public than was the 600 years of philosophy, medicine and theology as summarized by the Court in its famous 1973 opinion, but Ziegler reasons that the backbone of the decision was borne of privacy rights, as the Court’s majority opinion drew from a line of cases, including Griswold v. Connecticut (1965), which recognized a couple’s right to privacy in choosing birth control.

In the 20 years after Roe, political fights brewed across America over initiatives, referenda, ordinances and proposed statutes that strongly affected how proponents of sexual liberation characterized their cause, and how they framed the importance of Roe. These battles were interwoven with other significant issues of the day, and had the inevitable effect of downplaying privacy, and stressing choice, as the gravamen of Roe. With a sheaf of historical data, and citing a broad array of public fights in city councils and legislatures throughout the nation, Ziegler paints a compelling portrait of the complex drivers that persuaded movement leaders to struggle between choice and privacy as the saving princi- ples of their causes, and as the favored holding of Roe. Ziegler notes, “Cracks in the partnership between feminists, civil libertarians and gay and lesbian activists were visible from the very start. As the decade wore on, it became clear that sexual freedom for consenting adults meant something very different to the movements endorsing it.” This meant that the struggle over the meaning of Roe was not only up in the air after January 1973, but also in the following decades, as the implications of privacy rights evolved for the allies of Roe.

Ziegler further points out that, despite Roe‘s privacy foundations, political expediency made for a reimagined understanding of its meaning and improved the talking points aimed at an awakened female electorate, which would drive elections for the next 30 years. These subsequent decades were festooned with political commentators’ dash to coin the current climate’s trending phrase, and many of them, not coincidentally, repeatedly identified the lynchpin demographic for electoral success: the suburban soccer mom, the year of the woman, the war on women. Ziegler recognizes that “Although the Supreme Court did not define a right to choose or to control one’s body, feminists and other supporters of abortion rights equated Roe with these liberties.” These themes were strongly compelling for an electorate that increasingly identified with rights for women and, accordingly, the policymakers who needed those votes took notice.

But Ziegler notes that, no matter the phrases that won elections, movement progressives would invariably fall back to privacy as the lynchpin for a consistent rending of their portrait of a liberal society. LGBTQ rights, medical privacy, employment freedoms and other freedoms threatened by data collection all depended on privacy as their anchor principle. Ziegler posits the following:

Why did activists interested in privacy arguments use Roe as a vehicle? As privacy experts like Alan Westin recognized, Griswold, the Court’s 1965 decision on contraception and marital intimacy, arguably set out an idea of privacy that was just as malleable as the one in Roe. Furthermore, Griswold involved birth control—an issue much less divisive in the 1970s than the abortion right embraced in Roe.

Nevertheless, Roe often struck movement members as the better weapon. The decision was not only more recent and better known. Roe also yoked privacy rhetoric to ideas about control and choice that seemed particularly salient in debates about personal information. Indeed, some leading academics and politicians working on information privacy concluded that “the Supreme Court’s most significant pronouncement on the right to privacy is Roe v. Wade.”

In my home state of Minnesota, both liberal and conservative members rally around individual data privacy rights, but a prominent exception stands out. When data regarding abortion services is in question, Minnesota data privacy conservatives nearly trip over each other in a mad rush for greater “transparency” of healthcare data from clinics, hospitals and individuals. This political hypocrisy (incidentally, not a feature exclusive to Republican or conservative circles), serves as a poignant illustration of Ziegler’s point. “Prochoice” and “prolife” are the principles politicians use to win the electorate, but privacy rights are the philosophical underpinnings of an issue whose fate has been decided more in the courts than in legislatures. Politicians get this and, accordingly, they cannot ignore Roe’s privacy implications.

Ziegler’s Beyond Abortion not only highlights Roe‘s overlooked principles of privacy from historical and legal contexts, it also provides a compelling case for why it’s important that we rediscover the landmark case’s privacy foundations. Future decisions on the right to controversial medical care (so-called right to try legislation), the right of conscientious objection and the right to die with dignity are only a few of the heady issues on our political horizon, and they all rely upon a societal acceptance of individual privacy rights in the face of some inevitable social disapproval. In the age of big data, Beyond Abortion is a relevant read, and essential for any activist, scholar or lawyer seeking to better understand the fabric into which the Court has woven Roe v. Wade.

is a former member of the Minnesota House of Representatives and the Catholics for Choice Board of Directors. 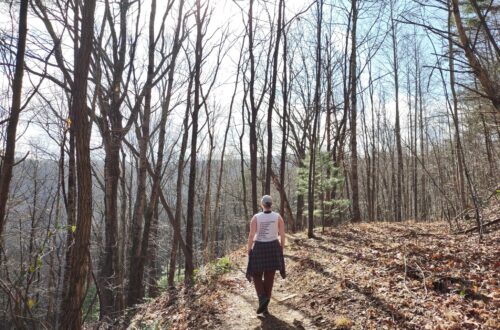 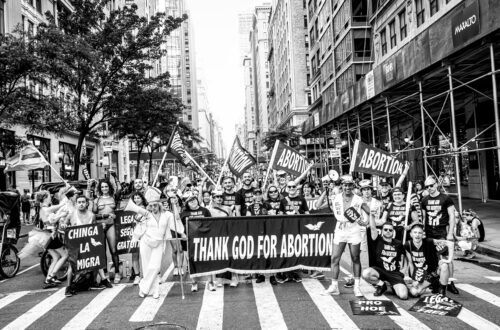