My Name Is Pauli Murray: A Life Between Blurred Lines 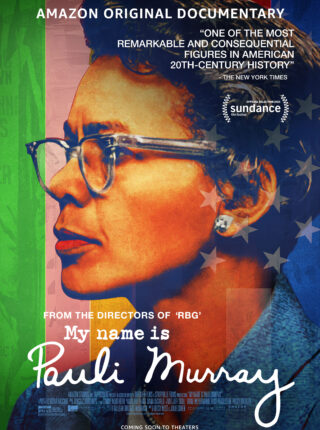 (In accordance with guidance from the Pauli Murray Center for History and Social Justice, this article uses they/them pronouns when referring to Murray’s early life and she/her pronouns when discussing her later years. This reflects the fact that Murray referred to their “he/she personality” in correspondence with family members. In later correspondence and essays, Pauli used “she/her/hers” pronouns.)

“How can one person be so pivotal, and yet their name is one we never learn?” Early on in Betsy West and Julie Cohen’s new documentary, “My Name Is Pauli Murray,” with this single question, Brittney Cooper of Rutgers University sums up the theme of this portrait of an influential, though little-known, life. It is a question that echoes throughout every frame of a film that provides an in-depth look into the life of the titular poet, lawyer, and civil rights activist. How is it that someone whose work influenced Thurgood Marshall and Ruth Bader Ginsburg — and influenced landmark civil rights victories — isn’t widely known and celebrated?

As both a queer, nonbinary person (decades before those identities became commonly used) and a Black American of diverse heritage, Murray compels scholars and social justice activists to rethink decades of social movements for racial, gender, and LGBTQIA+ equality. Even a casual glance at the events of Murray’s life is enough to restructure the commonly accepted chronology of U.S. social justice movements.

Fifteen years before Rosa Parks launched the Montgomery Bus Boycott, Murray sued to end bus segregation in Richmond, Virginia. More than a decade before Brown v. Board of Education, in 1944, Murray argued for applying the 14th Amendment’s equal protection clause to challenge “separate but equal” laws in their Howard University Law School senior paper, “Should Plessey v. Ferguson Be Overruled?” As the civil rights movement established its footing in the 1960s, Murray was already several steps ahead, arguing that the 14th Amendment’s equal protection clause was as relevant to cases of sexual discrimination as instances of racial discrimination. Murray’s argument proved so robust that it became the foundation for Ruth Bader Ginsburg’s 1971 argument in Reed v. Reed, in which the Supreme Court ruled the 14th Amendment prohibited sex discrimination — with Ginsburg naming Murray as a co-author in the decision. As recently as 2020, the American Civil Liberties Union built on Murray’s work, centering it to successfully argue before the Supreme Court that laws against sex discrimination also protect LGBTQIA+ people. Citing only these instances from their incredibly rich life, one quickly realizes that traditional education in the history of civil rights is, if not intentionally misleading, riddled with sizeable gaps.

The film suggests that Murray’s low profile may have been by their own design. Grandniece Karen Rouse Ross states that Murray never shared much about their accomplishments. Living a very private but well-documented life, Murray kept meticulous notes about their struggles and triumphs. As executor, it fell to Ross to pore over and organize her aunt’s papers, all of which were donated to Harvard University’s Schlesinger Library.

These papers reveal a life lived between the blurred lines of established social categories. Born in Baltimore in 1910, after their mother died of a cerebral hemorrhage and their father was committed to a psychiatric hospital, Murray was raised by a maternal aunt, Pauline Fitzgerald. Growing up in Durham, North Carolina, Murray found freedom in school, where they also confronted the realities of racism and segregation.

“The point where life became unbearable,” Murray wrote, “was the point of contact with the white world.” Attending a segregated school, hearing whispered news of lynching as the Ku Klux Klan lurked in the background, was profoundly affecting. “This awareness to a child of my generation grows with you almost as a part of your body,” they wrote. 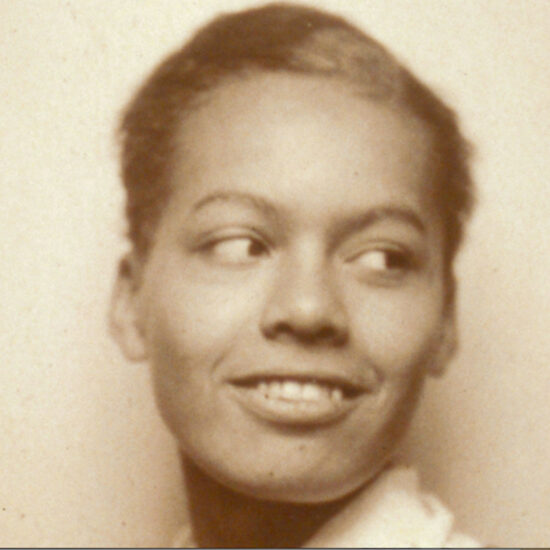 "As both a queer, nonbinary person (decades before those identities became commonly used) and a Black American of diverse heritage, Murray compels scholars and social justice activists to rethink decades of social movements for racial, gender, and LGBTQIA+ equality."

Murray understood that lines of racial identity weren’t always as distinctly drawn as most assumed. Growing up in an extended family whose members ranged from fair-skinned and blue-eyed to dark-skinned and curly-haired, some of Murray’s family members were light-skinned enough to pass as white. Upon moving to New York to attend Hunter College at 16, they lived with a cousin whose family passed as white in the neighborhood. This arrival more obviously demonstrating the family’s African descent, Murray’s presence soon discomfited neighbors.

Murray also displayed early resistance to gender norms. They hated wearing dresses as a child. As a result, Aunt Pauline struck a compromise: Murray was allowed pants all week but would need to don a dress for church. Later, while attending Hunter College, a brief marriage to a man ended after a disastrous honeymoon, as Murray felt repelled by sexual intercourse. “Why is it,” they would later write, “when men try to make love to me, something within me fights?”

Graduating in 1933 amid the Great Depression, Murray soon joined thousands to ride the rails searching for work. With a short bob and slender body that they described as “flat in the obvious places,” Murray presented as a small teenage boy, going by names like “Pete” and “The Dude.”

Murray struggled privately with issues around gender identity and sexual orientation, with stints in psychiatric hospitals for depression interrupting their civil rights work. Private papers show Murray contacted doctors in search of testosterone treatments. In a note to one doctor, Murray described themselves as “one of nature’s experiments: a girl who should have been a boy.” In another letter, Murray asks, “Why is it my greatest attractions have been toward extremely feminine and heterosexual women?”

Murray, a lifelong Episcopalian, seemed to find some peace in her faith, surprising longtime friends by turning to the priesthood. In 1977, she became the first African American woman ordained as an Episcopal priest. Grandniece Ross said that Murray “became a listener” and poured the passion of her activism into a compassionate ministry.

"Even in death, Murray remains a person ahead of her time."

Passing of pancreatic cancer in 1985, at the age of 74, Murray died without seeing the full impact of her work come to fruition. Yet, as Cooper says near the end of the film, “We literally live in an architecture of the world Pauli Murray built.” A life lived between the blurred lines of race, gender, and sexuality enabled Murray to see clearly a path towards equality on which our nation is still progressing.

That Murray meticulously documented her life gives the documentary one of its strengths. Murray’s voice and writings are woven throughout the film’s narrative, offering a deeply personal look at a very private life. It’s this authenticity of voice, particularly on her struggle with gender identity, that lends the film relevance in this cultural moment, when families, schools, and communities wrestle publicly with gender identity, and celebrities and public personalities regularly come out as transgender or nonbinary.

Even in death, Murray remains a person ahead of her time. As Professor Tina Lu, head of Pauli Murray College at Yale University, says, “Pauli is somebody whose time has not yet come. It might not yet come fully. We have to work for a time in which it does come.” Murray, who once wrote, “I want to see America be what she says she is in the Declaration of Independence and the Constitution. America, be what you proclaim yourself to be,” would approve.

TERRANCE HEATH is a New York Times published writer with over 20 years of experience covering racial issues, civil rights, and LGBTQIA+ issues. He lives in Chevy Chase, Maryland, with his two sons. 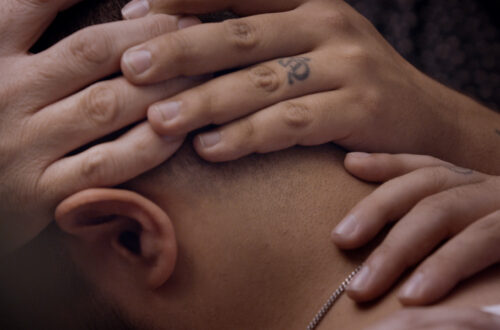