It is impossible to discuss the current state of women’s human rights in Poland without examining the growing democratization of the country over the last century, which went hand in hand with a gradual loss of sexual and reproductive rights. The Politics of Morality. The Church, the State, and Repro­ductive Rights in Postsocialist Poland examines the polit­ical and personal impacts of this decline in reproductive rights and health policies. Joanna Mishtal, a self-­described “accidental refu­gee” from Poland, used her 14 years of research to analyze how the discourse around sexu­ality and morality was used by the Polish Catholic church and politicians. The window into women’s experiences and coping strategies best shows what they lost during this period.

Mishtal leads us through these com­plex sociopolitical developments in the first two chapters. In 1944, Poland lost its sovereignty and became subordinate to the Soviet Union. It shared the fate of many other countries in the region, including Czechoslovakia and Romania. These “peo­ple’s democracies” had, in fact, been authoritarian or totalitarian states, ruled by communist parties under Moscow’s command but maintaining the illusion of parliamentarian democ­racy. There was no free market, no free speech and no freedom of travel, and democratic opposition was brutally silenced. Marxist ideology was taught in schools and at universities, but people felt it was forced on them.

In the Polish People’s Republic, which lasted from 1952 until 1989, women were encouraged to work, and the state offered myriad solutions to assist them in fulfilling their family obligations—for example, childcare was free and there were subsidized bars selling homestyle foods in every town. Abortion had also been legal and free since 1956. More than 100,000 women terminated their pregnancies each year. Many, if not most of them, were practicing Catholics who reconciled their personal decisions with their faith. The church was generally quiet about it.

This model of women’s empowerment had one big flaw—it was state imposed. Feminism was also intertwined with the hated communist ideology. Posters of women operating tractors are still present in national memory as relics of Soviet-style equality. Since Polish society never really fought for these rights, they were easy to take away. With the rise of the patriarchal Solidarity movement and St. John Paul II’s papacy, the Roman Catholic church hierarchy gradually entered the path of radicaliza­tion and made a grab for political power. The first thing to go was women’s rights, including abortion access.

Beginning as a symbol of freedom, the church quickly became a tool for repressing sexuality and a self-pro­claimed moral authority. As Mishtal explains, Poland has never completely regained its sovereignty, since “the ‘red’ regime has been replaced by the ‘black’ one, referring to the priests’ cassocks.” The 1993 Concordat—a treaty between the Polish state, its episcopate and the Vatican—further expanded Roman Catholic church privileges and under­mined Polish political independence.

Poland turned out to be, and still remains, one of the few countries in Europe where politicians regularly meet bishops for dinner to listen to their sug­gestions regarding new laws and amend­ments; where priests pay no taxes; where the church is granted new property for a nominal fee or none at all; and where artists can be put to jail for “offending someone’s religious sentiments.”

The author also explores the strate­gies of the women’s movement and its reaction to quickly unfolding changes while communism faltered. Feminists operated in a very hostile climate in which they were branded as “relics” of communism and insulted publicly, even by top bishops, one of whom called them “concrete that even hydrochloric acid could not melt.” The traditional alliance of progressive activists and the Left also turned out to be a big disappointment. The movement could not count on bold political action from the post-commu­nist left-wing party SLD, which sacrificed women’s freedom in exchange for good relations with the church.

The final chapters of the book focus more on anthropological and social aspects of reproductive rights. We acquire a fresh perspective on certain religious rituals, which in the Polish context become a form of moral surveil­lance and control of women’s intimate lives. From a very early age, girls are disciplined in school during religious education classes by the expectation to confess once a month. Polish priests are well-known for their inquisitions into women’s sexual and contraceptive choices in the confessional. Interest­ingly, but not surprisingly, men are not subject to the same scrutiny, and the blame for violating the official teaching on contraception or abortion is placed solely on women.

Chapters five and six are enriched by stories of Polish women and their coping strategies regarding abortion and family size. There are systemic vio­lations of women’s rights and a constant policy of stigmatizing and shaming those who chose to follow their own conscience against social expectations, but women still exercised a kind of silent protest and resistance. This can be seen from the birth rates, which are at an all-time low in Poland, as well as dra­matically falling church attendance.

Judging from Mishtal’s interviews, the church has been more of an invasive presence than a support for married couples. She quotes from a conversation with a young woman named Aleksa whose preparation for a church wedding required a course in natural family planning (NFP). This educated woman had to suffer through misinformation, such as the idea that condoms are full of holes. Worse yet, the class required her to be dishonest about her sexual habits and pretend to use NFP. “I bor­rowed the book from a friend of mine who did it, and I copied all her results,” Aleksa recalled.

Ewa, a mother of two who attends Mass every Sunday, was critical about the church’s grasp of women’s support systems: “The Catholic Church is irre­sponsible when it calls for higher fertility when there are no social provisions for women to be able to do this.” She con­tinued, “[M]y decisions regarding child­bearing and the kinds of contraception methods I use are all my decisions, because I’m responsible for what hap­pens to my children. Since the church takes no responsibility for child care or the upbringing of my kids, their opin­ions on this don’t matter much to me.”

The book has rather pessimistic con­clusions about the possibility of progres­sive change in Poland’s reproductive rights. Mishtal’s words ring even more loudly today, now that the country is ruled by the far-right, ultra-Catholic Law and Justice party (PiS), hand in hand with the most conservative bishops, in addition to populist, influential anti­choice preachers like Father Tadeusz Rydzyk, creator of a media empire tinged by his strong political ambitions.

I recommend this book to anyone interested in looking beyond the well-known success story of Polish post-com­munist transformation. It takes the reader past the image of Poland as a Catholic country where people follow their bishops’ guidance and quietly accept the conservative version of the faith. The Politics of Morality gives a sense of what it is like for Polish women as citizens and people of faith. Many are “accidental refugees” from a church that refuses to understand them but interferes in their most private sexual and reproductive decisions.

has been a reproductive health advocate working to liberalize Polish abortion law for more than 10 years. Currently she works for the Polish Federation for Women and Family Planning and is on the Catholics for Choice board of directors. 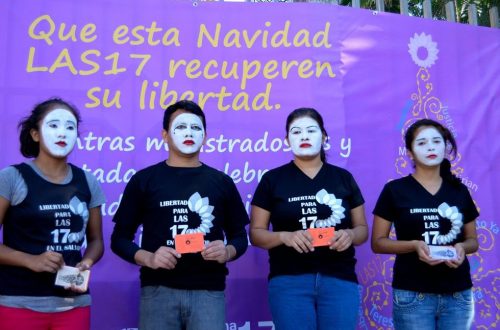