Skip to main content
Toggle Banner
You can make an impact in the fight for reproductive freedom.
GIVE NOW
Home Who We Are

Our Case for Support

Help us give a voice to the millions of Catholics who believe that the Catholic tradition supports one's right to follow their conscience in matters of sexuality and reproductive health. 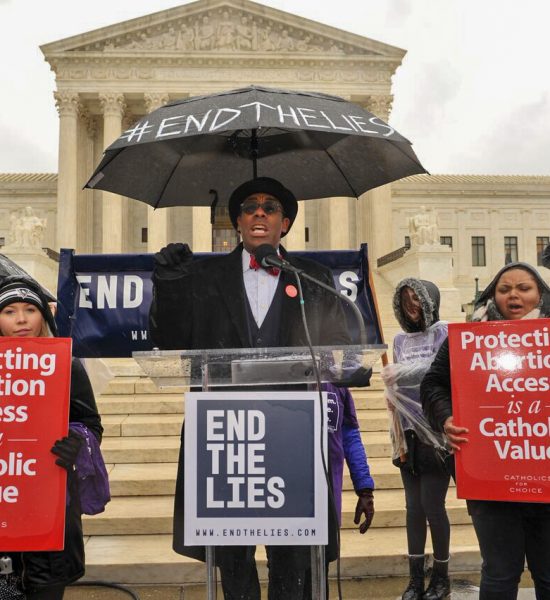 Support from prochoice Catholics and allies has made Catholics for Choice the most effective counterpoint to the vocal, well-financed and powerful Roman Catholic hierarchy, which presents itself as the sole moral arbiter on matters where sexuality and reproduction intersect with religion and faith.

Since our founding in 1973, we have served as a resource for partners in the U.S. and around the globe, using our knowledge of the church to advocate for sexual ethics that are grounded in justice and gender equity and for genuine religious freedom and access to reproductive health care. We honor what is best in the Catholic tradition, while also working to dismantle the ways in which the church’s harmful doctrines influence global health and human rights policies.

This work is as urgent as ever, and we need your help to continue making real, sustainable progress in the fight for reproductive freedom for all.

Support Our Work
Help us build a world where everyone is free to follow their own conscience.
Donate Now

“I was raised Catholic but struggled a great deal with the church hierarchy’s position on things like abortion, women’s equality and marriage. Then, I found a group called Catholics for Choice. I learned that I am a good Catholic because I question these positions, and because I follow my conscience. Because I follow my conscience even when it calls me to take a contrary view.”

Why we need your help

The Catholic hierarchy and their right-wing allies are the most organized and powerful opposition to sexual education and reproductive health care in the world.

Battles are fought on numerous fronts:

• in legislatures, where bishops pressure policymakers to restrict access to contraception and abortion and deny the right to same-sex marriage;

• in the expanding network of Catholic hospitals, where bishops’ edicts prevent access to essential care, including contraception, gender-affirming surgery, assisted reproduction and abortion care, even if it is needed to save a pregnant person’s life;

• in the United Nations, where the Catholic hierarchy uses its permanent observer status to oppose contraception and comprehensive sexual education;

• in the public square, where priests and bishops have denied prochoice Catholics communion and other sacraments; and

• in the courts, where the bishops and their associates—well-funded, right-wing politicians and legal organizations—use legal action to limit access to health care services and discriminate against LGBTQ people based on a distorted definition of religious liberty.

“[Your] training changed my thinking on abortion and I am now more comfortable speaking about the need for abortion and why women and girls should be given a choice. There is nothing immoral about abortion. It is part of health care and it is a human right.”

We are Uniquely Qualified to Make a Difference

We operate from a prophetic place in both the Catholic community and the sexual and reproductive health, rights and justice advocacy space.

We are the only organization equipped with the experience, knowledge and skill necessary to effectively challenge the Catholic hierarchy on the full range of issues related to sexuality and reproduction, including abortion, contraception, sexual education, sexual orientation, gender identity and religious liberty.

Catholics by the Numbers

• There are more than 1.3 billion Catholics in the world.

• If all the world’s Catholics formed a country, it would be the third largest in the world, after China and India.

• In the Americas, six in ten people are Catholic. Four in five Mexicans are Catholic. Nine of the twelve South American countries have populations that are majority Catholic; seven are more than two-thirds Catholic.

• More than four in five Filipinos are Catholic.

The Catholic hierarchy claims to speak on behalf of all Catholics on matters of sexual and reproductive healthcare. We know this isn’t true.

What U.S. Catholics Believe and Do, Despite “Official” Church Teachings

• More than half of U.S. Catholics (56%) favor legalized abortion.

• 99% of Catholics have used a method of contraception banned by the hierarchy.

Guided by the Catholic principles of the pursuit of justice and peace and the preferential option for the poor and vulnerable, we partner with organizations around the world to strengthen the ability of abortion advocates to speak out in their communities. We also create spaces that allow for a change in people’s hearts and minds about the ways they think about sexuality and reproduction.

“As a result of the conversations CFC has held with KELIN in these two years, our staff is more comfortable speaking up on these issues, voicing a counter argument when faced with opposition and also have become more confident in dealing with cases of abortion in the community.”

We have been at the forefront of broad political reform as well as changing individual hearts and minds through honest and courageous conversations.

With support from Catholics around the world, we help shape global and local movements fighting for legal, safe and accessible sexual and reproductive health care.

Lending our Expertise to International Campaigns 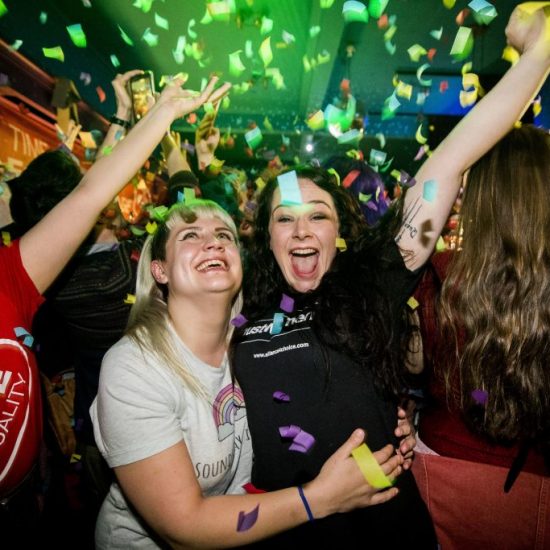 In 2018, ahead of the stunning win on the referendum repealing the antiabortion Eighth Amendment in the Irish Constitution, we equipped lawmakers and activists in Ireland with effective prochoice arguments that spoke to voters of faith, a critical constituency that is often ceded to the opposition. At the request of Together for Yes, the umbrella of Irish civil society organizations urging repeal, we assisted in developing faith-forward messages and supplied door-to-door canvassers throughout the country with our brochure “The Truth about Catholics and Abortion.” 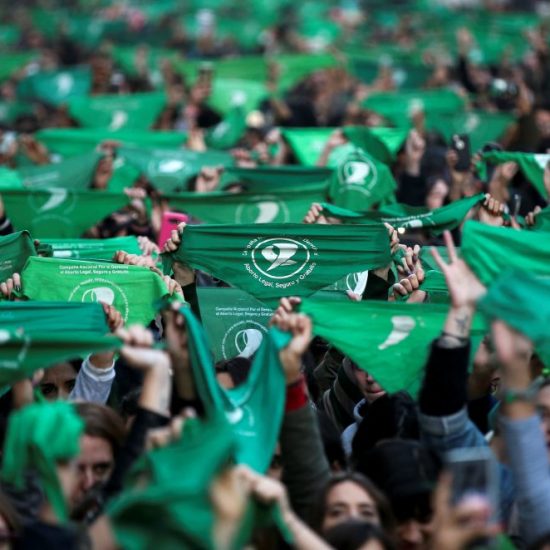 In January 2021, Pope Francis’ home country became the largest Latin American nation to legalize abortion. We have maintained a strong presence in Argentina, working with our sister organization, Católicas por el Derecho a Decidir (“Catholics for the Right to Decide”) Argentina to develop messaging that would resonate with the majority-Catholic population. In a dramatic example of just how effective our unique approach is, one of the legislators who voted for legalization in Argentina’s lower house in June 2018, had intended to vote against it, but changed his mind and voted “for” after completing our workshop.

Giving Others the Courage to Speak Out 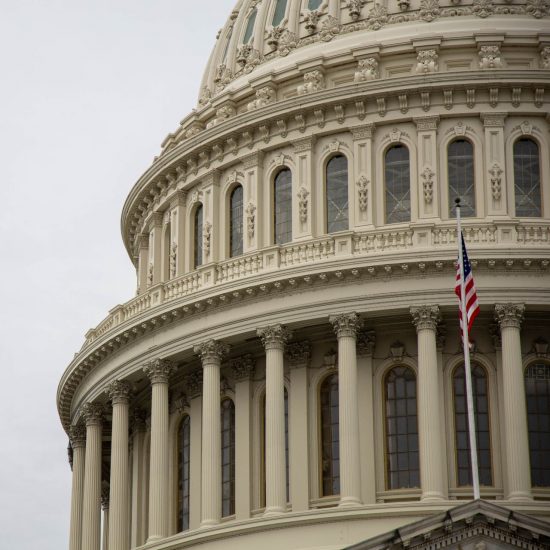 We know that when we speak up, Catholics feel empowered to hold firm to their beliefs and to speak their consciences. We are often invited to provide testimony in state legislators, ensuring that the prochoice Catholic position is represented. In 2019, we delivered testimony in front of the Ohio House Health Committee against an antiabortion bill working its way through the State Legislature. The testimony made a lasting impact on the committee members, moving three members of the committee to identify themselves as prochoice Catholics and speak on how their Catholic faith informs their prochoice views. 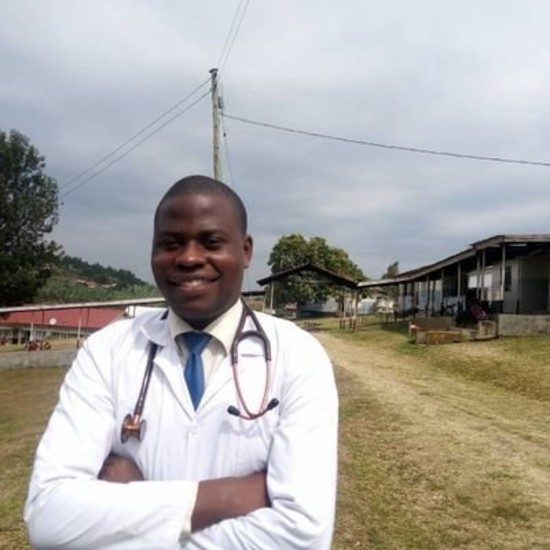 After participating in both our Values Clarification Workshop and our Communications Training, Paul Mulyamboga, a Ugandan medical student and member of our Faithful Providers Network, was interviewed about reproductive health and safe abortion on the most popular radio station in Western Uganda. In response to positive feedback from listeners, Paul was asked to host a weekly, hour-long radio program on sexual and reproductive health and rights. We provided subject matter resources and financial support to reserve the radio time. For ten weeks, Paul’s show on Radio Ankole was heard by about 100,000 people each week.

“Let me just say that as a proud, devout and practicing Catholic, this issue has weighed heavily upon me and heavily on my heart, and I want to thank you for speaking on behalf of our faith and all of our brothers and sisters.”

We need your help

Our work is only possible because of the investment of prochoice Catholics and allies around the world.

Your gift will go toward:

• Making sure that the voices of millions of prochoice Catholics are heard in local and national fights to make reproductive healthcare accessible for all.

• Countering the harmful consequences of the Catholic hierarchy’s influence on public policy.

• Offering messaging and communications trainings for our partners and all those working on the ground to provide contraception and abortion access.

“Catholics for Choice prepared me to courageously approach prochoice Catholic activism, providing insight and extremely helpful ways for me to defend my point of view. Thank you, CFC, for preparing me to answer difficult questions and teaching me that lobbying isn’t as difficult or scary as it seems.”