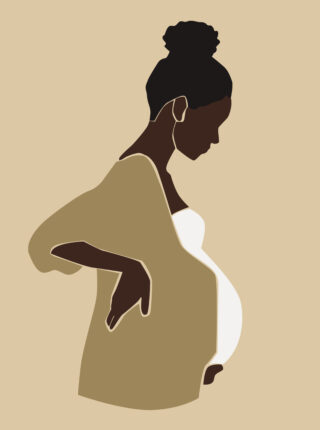 A YOUNG, BLACK, CHRISTIAN MOTHER OF TWO arrived at my OB-GYN clinic. This marked a third pregnancy over four years for the woman I’ll call Natasha. Her second pregnancy, also unintended, had occurred 12 months after the first and involved complications from preterm labor. As a result, her daughter had spent three weeks in the NICU. On the surface, seeing Natasha so soon after her postpartum visit was a joyous reunion. But on a deeper level it was disheartening to realize how the healthcare system failed her.

Just over a year prior, after her second pregnancy, I had counseled Natasha about the increased risk of preterm labor if she conceived within 18 months of delivery, especially given her medical history. Already overwhelmed with two babies and desiring “a break,” Natasha was quickly on board. With her consent, I counseled her on contraceptive options. She chose one of the most effective forms of contraception: an intrauterine device.

But rather than placing her IUD, I handed her a referral to see a provider 20 minutes away.

I could not place the contraceptive myself. It was not for lack of training, skill, or interest. It was solely because of the religious values of the institution I worked for. At that time, my OB-GYN clinic belonged to a Catholic healthcare system, which meant my patient’s options were dictated by bishops rather than medical professionals.

The Ethical and Religious Directives

As a provider in that setting, I had to adhere to the “Ethical and Religious Directives for Catholic Health Care Services” (ERDs). The ERDs are a set of guidelines that base medical care on interpretations of Catholic doctrine. Only secondarily do these directives consider evidence-based recommendations and public health measures. Most notably, the ERDs profoundly diverge from care in other settings on the topic of family planning services. Founded on the belief that the “conjugal act” between husband and wife is part of God’s sacred design for humanity and therefore should not be obstructed by artificial contraceptives, the ERDs claim to preserve the sanctity of life (which the church currently defines as beginning with conception). With this guiding principle, the church deems family planning services unnecessary.

Denying the need for family planning services means denying the experiences of patients who can become pregnant. Natasha’s desire to care for herself and her children was rejected. Natasha’s decision to have sex “out of wedlock” was scorned. The church enforced idealistic values over the reality of Natasha’s life. Her only option, according to strict interpretation of the ERDs, was counseling about natural family planning, a form of pregnancy prevention with efficacy notoriously lower than methods like birth control pills, IUDs, and tubal ligation.

"My patient’s options were dictated by bishops rather than medical professionals."

These rigid interpretations of Catholic teaching impacts Catholics and non-Catholics alike. Simply put, the ERDs discriminate against anyone who believes that sex can serve any purpose other than procreation. The ERDs’ influence runs wide in Catholic healthcare facilities — which benefit from public tax dollars.

For certain people, the impact of these directives is intense. The ERDs disproportionately impact those who bear the burden of family planning, including management of abnormal pregnancies and inevitable miscarriages. These Catholic directives go even further by discriminating against vulnerable LGBTQIA+ people by refusing to acknowledge their care. For example, many Catholic hospitals have used the ERDs to prohibit hysterectomies for transgender men because the procedure would result in sterilization. The weight of the ERDs comes down hard on Black patients, particularly Black women like Natasha.

The ERDs restricted my ability to fully function as Natasha’s physician. Contraception improves lives, families, and societies. Birth control avoids unintended pregnancies fraught with increased medical risks. And yet, sitting in front of Natasha and counseling her about her options, my hands were tied. I had taken the Hippocratic Oath, yet I was providing care that I knew could hurt her. I was not providing care at all. Working in a Catholic institution meant that I had to compromise basic medical ethics like supporting patient autonomy, acting with beneficence, and achieving justice because of my employer’s viewpoint. Complying with Catholic healthcare meant restricting preventative care and forcing patients to inevitably face disease. The ERDs served as an ongoing source of moral distress for me.

It’s worth noting that religious healthcare providers might feel similar moral distress if they were forced to provide services like sterilization or abortion. Yet, federal legislation enforces conscience protections that allow providers to opt out of such care. These religious freedom protections, however, only support individuals who are unwilling to provide care. There is no conscience clause to allow providers to opt in to care they believe morally necessary. In the face of expanding Catholic healthcare systems in the U.S., providers need conscience protections allowing them to opt in to care. 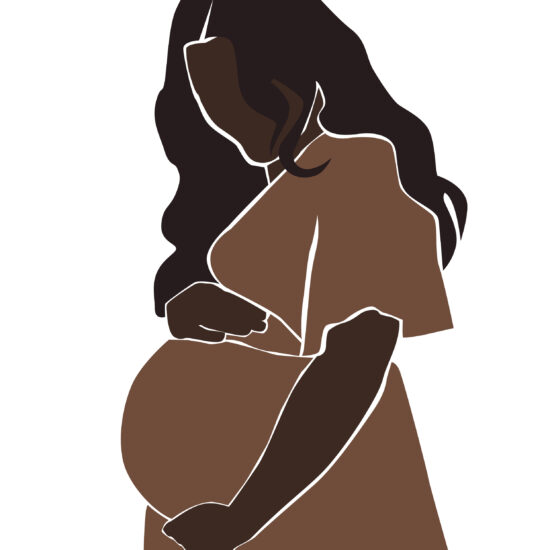 "Working in a Catholic institution meant that I had to compromise basic medical ethics like supporting patient autonomy, acting with beneficence, and achieving justice because of my employer’s viewpoint."

In practice, Natasha and other women seeking healthcare in Catholic systems do get certain birth control methods through common workarounds. These likely exist in Catholic settings for several reasons: to offset alarming restrictions on birth control and to remain competitive in today’s healthcare market. Common birth control workarounds rely on prescribing under the diagnosis of a non-contraceptive indication like heavy periods or acne. In many ways, these approaches help reduce moral distress. Should the practice patterns of physicians come under scrutiny, however, these methods also elicit anxiety over employment violations. To the extent physicians can remain under the radar and avoid the attention of local bishops, workarounds are common in Catholic facilities. Yet, whenever such restrictions undergo scrutiny, the ERDs bolster further restrictions to care.

Natasha had tried pills in the past. Like many, she was dissatisfied and had a hard time remembering to take pills consistently, resulting in her second pregnancy. Notably, birth control pill continuation rates at one year are 44% — far less than the 80% continuation rates for long-acting reversible contraceptives like implants and IUDs. Tubal ligation was immediately off the table for Natasha because only patients who have had cesarean sections have the possibility of getting an exemption from the directives.

Before Natasha’s most recent pregnancy, I had referred her to a provider willing to provide an IUD. Not all providers in the area are willing to see a patient insured by Medicaid, so my options were limited. When Natasha came back to see me for this pregnancy, I asked if she’d gotten an IUD with the referral I’d given her. She replied, “It was too hard to get there.”

Herein lies the problem with ERD workarounds: They do not work for everyone. Yes, they improve access for some patients and provide some moral relief to providers, but they do so in an invariable and disingenuous way. Natasha is case in point. The referral I gave her was another workaround, but one that shifted the onus to the patient. Many high-income patients can get needed care, albeit inconveniently. For Natasha, however, it wasn’t as easy as getting in a car and driving to the suburbs. Natasha relied on the bus to reach my clinic. There was no public transportation route to the provider who could place her IUD. Natasha lived in a community without the resources to support her.

When I worked in a Catholic hospital, Natasha’s story of reproductive care denial was not an outlier. It was the norm. Virtually all women of reproductive age faced unexpected restrictions. Most patients coming to Catholic facilities do not anticipate such drastic limits to care. And with little transparency about such barriers, most patients do not hear about these restrictions until their third trimester or during the postpartum period, if ever.

Many of my colleagues shied away from discussing restrictions to care. Rather than educating patients about better, more effective methods — like LARCs and tubal ligations that are more likely to meet patients’ family planning goals — physicians focused instead on what they might be able to provide in the context of their Catholic healthcare facility. Approvals for tubal ligations often served as the exception, not the norm. These workarounds relied not only on a prior cesarean section or a high mortality risk, but also on the provider. Some specialists frequently made such requests on behalf of patients, but many others would not risk being cited for employment violations. Workarounds are subject to bias and further contribute to health inequities.

"In the face of expanding Catholic healthcare systems in the U.S., providers need conscience protections allowing them to opt in to care."

Systemic racism exacerbates these disparities. Catholic restrictions on reproductive care most profoundly impact BIPOC patients, as well as those in other vulnerable communities. Black patients face longstanding social and economic conditions that create the environment for healthcare inequity to exist and persist. How can Black patients be expected to overcome health disparities while making less money, facing greater violence, and having fewer community resources than white counterparts? Seeking treatment in a Catholic healthcare system that restricts effective care erected one more barrier between Natasha and the health equity that Black women deserve. Catholic healthcare has that effect — any systemic barrier to equitable medical treatment has that effect.

The single most effective way to reduce maternal mortality and morbidity is to avoid unintended pregnancies through access to highly effective forms of contraception. Natasha’s case epitomizes the impact of denials of reproductive care. With her second short-interval pregnancy, Natasha and her baby were at increased risk of complications, including death. Natasha’s unintended pregnancy also meant she would be more likely to lose her employment and educational potential. She would be more likely to continue living in poverty.

Increasingly, racism in the healthcare system has come under well-deserved scrutiny. Physicians have learned that Black people were at greater risks of poor health outcomes. But it is clear that it is not the melanin in someone’s skin that determine such outcomes, but the way that providers treat their Black patients. Healthcare systems have viewed Black patients as the problem, undervaluing their medical complaints and adverse outcomes while deploying a bootstrap framework to situate blame on the patient — all while allowing ongoing inequities like dogmatic reproductive restrictions to care to persist.

To create a truly equitable healthcare system, we need to shift from focusing on individual factors and instead examine systemic differences contributing to poor healthcare. We need to stop blaming Black women like Natasha for their health and address the systemic barriers to care that the ERDs enforce.

State Medicaid and other public funding agencies recognize the value of contraception by not only providing it for all, but in many states making it available immediately postpartum. Yet, these well-intentioned efforts are quickly invalidated behind Catholic hospital doors. It is time to recognize obvious differences in access that profoundly impact communities of color and stop making exceptions in the name of religion over science. The time has come for Catholic healthcare systems to genuinely confront racism and achieve health equity by taking responsibility for the harm their system does.

MARYAM GUIAHI, M.D., MSC, is vice president of medical affairs at Planned Parenthood California Central Coast. The views and opinions here are those of the author and do not necessarily reflect the views of Planned Parenthood Federation of America, Inc.