Letter to the Editor: The Ripple Effect of the Global North’s Radical Right 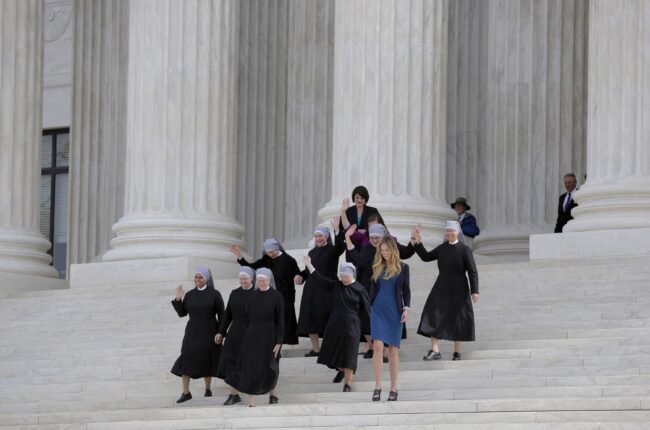 Ilyse Hogue’s piece, “Becket Fund: Shadow Agents of the Religious Right” (May 6, 2021), unearths similarities in strategy and institutionalized traits of the radical right that have far-reaching implications not only in the U.S. but throughout Africa and Europe. The article reveals the way that the Becket Fund for Religious Liberty and their allies systematically work to undermine reproductive rights and freedoms.

Hogue highlights for us that the war against contraceptives involves pseudoscience that is backed by both the Catholic church and anti-choice doctors. In Kenya, for example, the Ministry of Health’s tetanus vaccination campaign targets women of reproductive age to counter neonatal deaths related to intra-utero tetanus infection complications. However, the first two websites that pop up when you search “tetanus shots” show studies published by foreign entities based in the U.S. Each “study” contains allegedly empirical data claiming that tetanus vaccines in Kenya are laced with a compound that causes infertility in women.
Although in Kenya we have yet to see a more deliberate approach in using the courts to bar contraceptive access specifically, the use of anti-choice rhetoric to drive litigation against sexual reproductive and health rights is well documented. Notably, in cases aimed at protecting the constitutional provisions allowing for access to safe and legal abortion (Constitutional Petition 266 of 2015) and the decriminalization of same-sex relations (Petition 150 and 234 of 2016, currently on appeal) such anti-choice rhetoric that seeks to influence litigation is public record.

The principle of separation of powers in Kenyan government has worked well to ensure some semblance of judicial independence and, as such, alters what judicial infiltration would look like within the Kenyan context. However, as evidenced by global trends, similarities in radical right strategies prevail across Africa and Europe. While the opposition’s playbook has remained virtually unchanged over decades, it has proven versatile in adapting to different contexts. To cite one example, when we see “homegrown” faces take up leadership of anti-choice entities in the Global South, they are but megaphones for the anonymous white, male authors of their words, an arrangement that lays bare the fact that patriarchy drives the anti-choice movement.

Thus, to echo Hogue’s closing sentiments, the values of my faith call me to activism and justice — to fight against oppression and to stand up for every person’s fundamental freedom.